The refugee children of “Synyparxis” show the way of solidarity 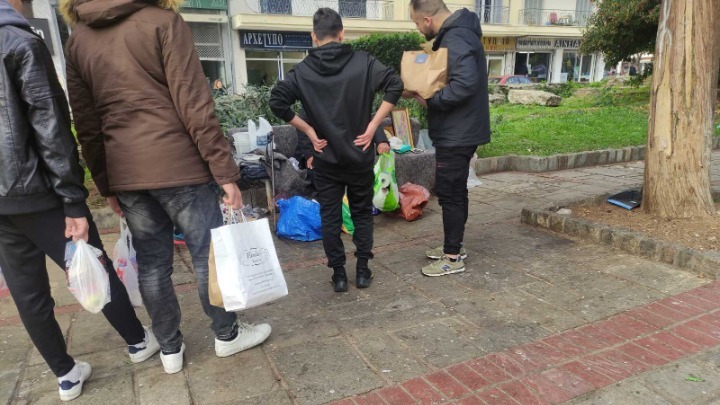 They had a great idea. They made all the necessary preparations, gathered food and snacks, and headed down to the decorated main streets of the city to help their less …fortunate fellow human beings. The reason for the refugee children of “Synyparxis”, a shleter based in Oreokastro that has been hosting unaccompanied minor refugees since 2020. Motivated by the spirit of love and giving that dominates the world these days, the children, with the help of the staff of the shelter, collected food of all kind, which they distributed to homeless and needy citizens in some of the most central streets of Thessaloniki.

“Through this movement, the children considered it their duty to repay the love and support they have received in our country, offering food with lots of love to homeless and lonely people in need. A movement of offering, which was “born” by the refugee children themselves, with the aim of supporting the suffering people themselves”, said, speaking to APE-MPE, the coordinator of the shelter Giorgos Paralikakis. At the same time, he added that “the benefits through this action were certainly many. The children saw the hard everyday life of people who do not have shelter and food, they felt the concept of giving, solidarity, mutual help and altruism”.

For his part, Kostas Zavrakidis, a psychologist at the Oreokastro shelter, explained that the idea was the children’s own and came about after an interaction with a needy woman and her child, earlier in the year. As he said, “from the beginning, the children were excited about the prospect of helping people in need. It was something different, something we’ve never done before. During the action, some of the children had a hesitation because of the situation, but on the other hand you could see that this act made them happy.”

This joy is reflected in the way 16-year-old Ab.A., from Syria, described his experience of participating in the action. “We saw people smiling, saying thank you and really meaning it. We wished happy holidays and received many wishes. I saw people who have no one to give them food and I felt good that me and my friends helped these people to feel joy, even if what we did wasn’t big” he emphasized.

Hospitality for 35 children from Syria and Afghanistan in Thessaloniki

“Synyparxis” is an non-profit organization of the Church of Greece, which has been active since 1978 in the care of immigrants. From 2020, 5 accommodation shelters for unaccompanied refugee minors started operating in Athens and Thessaloniki. Today, the shelters of “Synyparxis” host a total of 180 children aged 7 to 18, all unaccompanied refugee children from Syria, Iran and Afghanistan.

Each shelter is staffed with experienced people of various specialties (psychologists, social workers, caregivers, teachers, interpreters, etc.) in order for the children to have the appropriate support during their stay. After all, many of the children have been faced with hardship, war and orphanhood from a very early age. The Church of Greece, through the partners who work in the Hostels, offers, in addition to hospitality (shelter, food, psychosocial support and education), love and support to these children who, due to the experiences they have lived in their countries, have lost early their childhood.

As the coordinator of the shelter Mr. Paralikakis explained, 35 children from Syria and Afghanistan are currently being hosted in Thessaloniki. “They go to school, learn Greek and English, develop extracurricular activities (football, basketball, swimming pool, IT). We still try to give the children supplies, so that they can develop their talents and at the same time integrate Greek culture into their own by participating in workshops (theatre, music, sewing), in local actions of the Municipalities, in recycling actions, in visits to museums and places of culture, in concerts, etc.”, he noted.

The action of the refugee children of “Synyparxis” in the streets of Thessaloniki lasted for a long time and attracted the attention of passers-by. Their movement moved, emphasized the importance of giving and selflessness, and proved that the love and comfort these children received can heal wounds and fill their souls with solidarity for their fellow man. 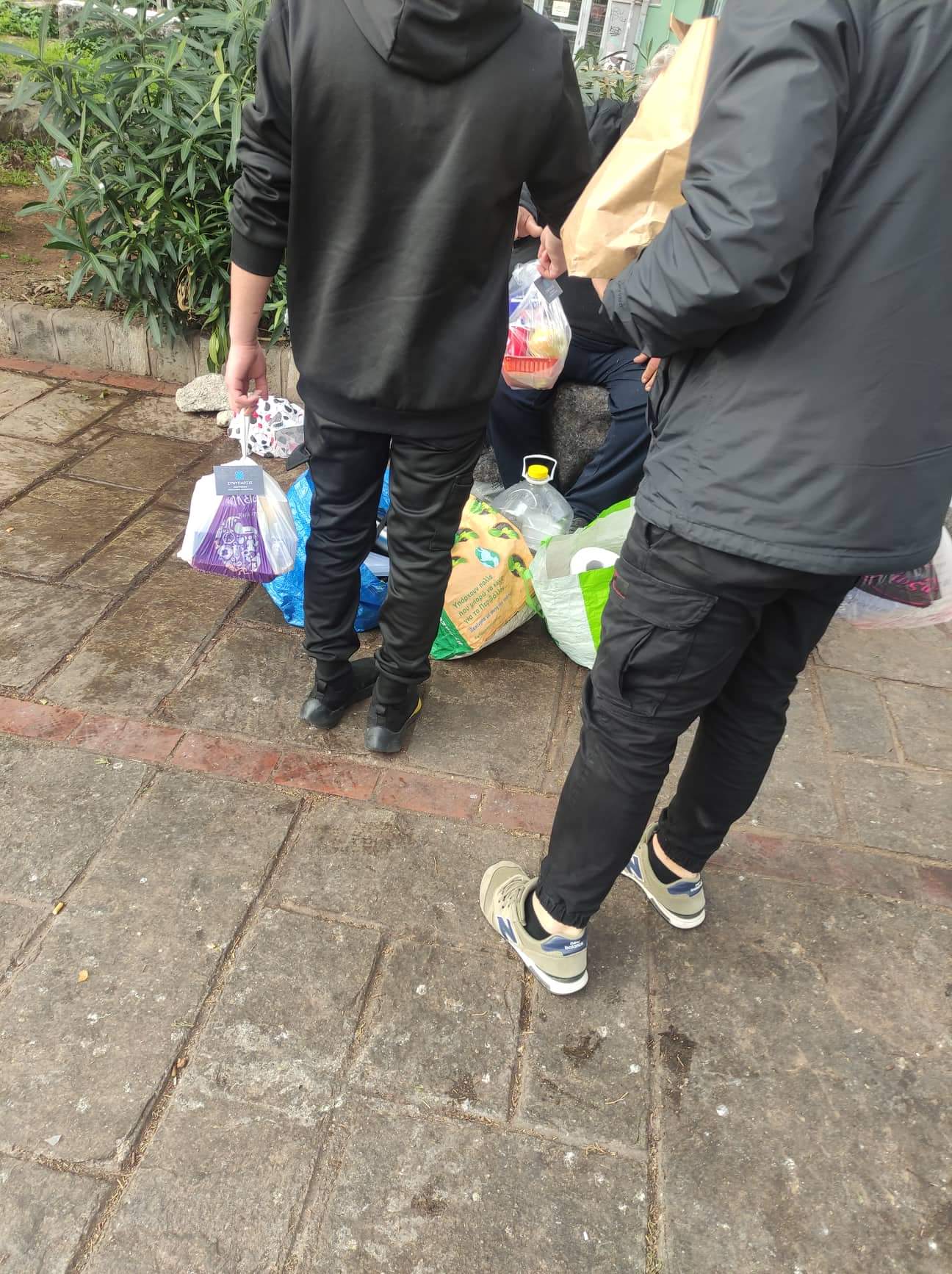 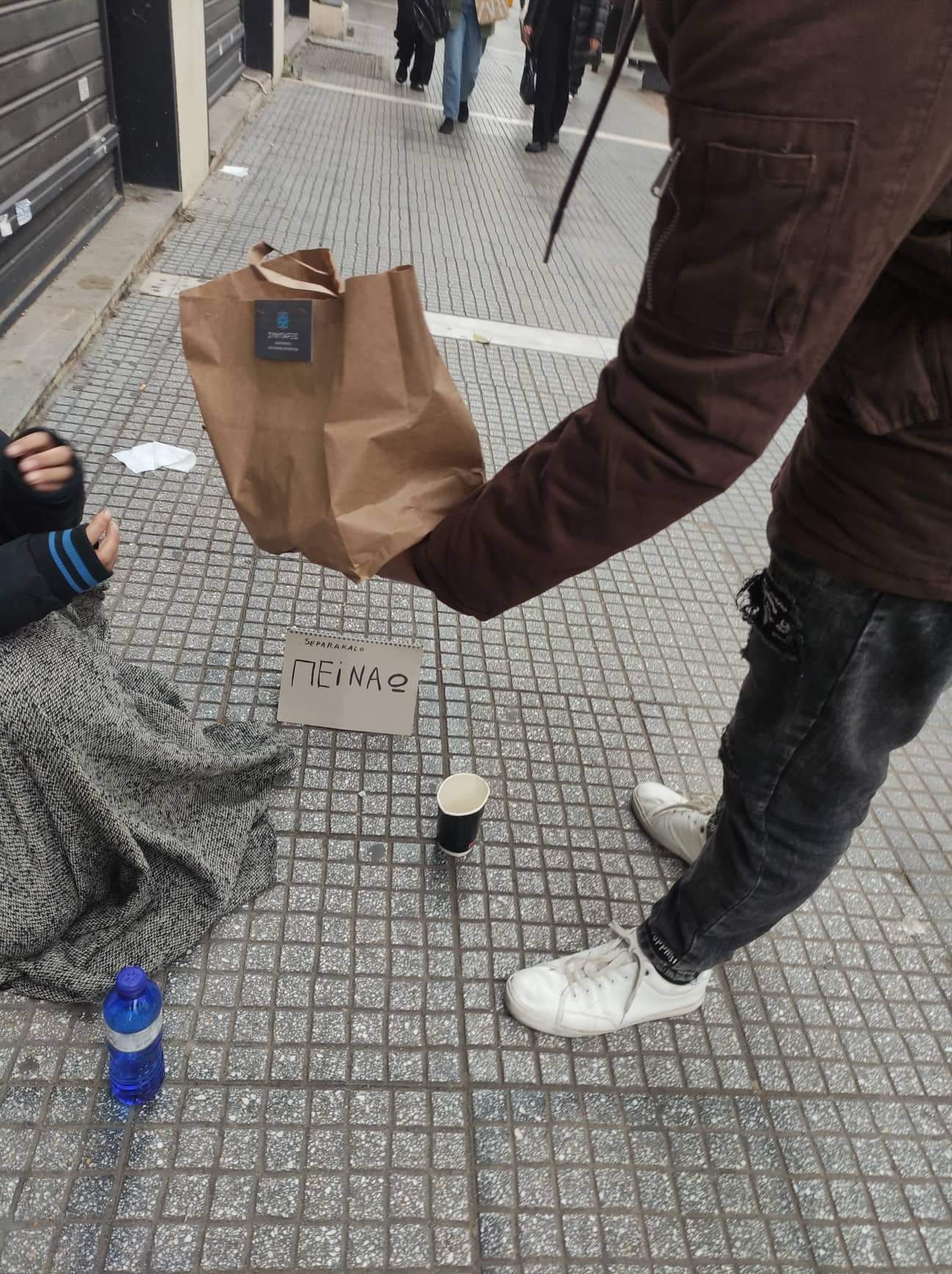 SYNYPARXIS – Ecumenical Refugee Programme is a non-profit organization of the Church of Greece with over 40 years of activity in the field of providing support services to Greek immigrant returnees, refugees and asylum seekers.

This website uses cookies to improve your experience while you navigate through the website. Out of these, the cookies that are categorized as necessary are stored on your browser as they are essential for the working of basic functionalities of the website. We also use third-party cookies that help us analyze and understand how you use this website. These cookies will be stored in your browser only with your consent. You also have the option to opt-out of these cookies. But opting out of some of these cookies may affect your browsing experience.
Necessary
Necessary cookies are absolutely essential for the website to function properly. These cookies ensure basic functionalities and security features of the website, anonymously.
Performance
Performance cookies are used to understand and analyze the key performance indexes of the website which helps in delivering a better user experience for the visitors.
Advertisement
Advertisement cookies are used to provide visitors with relevant ads and marketing campaigns. These cookies track visitors across websites and collect information to provide customized ads.
Analytics
Analytical cookies are used to understand how visitors interact with the website. These cookies help provide information on metrics the number of visitors, bounce rate, traffic source, etc.
Functional
Functional cookies help to perform certain functionalities like sharing the content of the website on social media platforms, collect feedbacks, and other third-party features.
Others
Other uncategorized cookies are those that are being analyzed and have not been classified into a category as yet.
SAVE & ACCEPT
Powered by